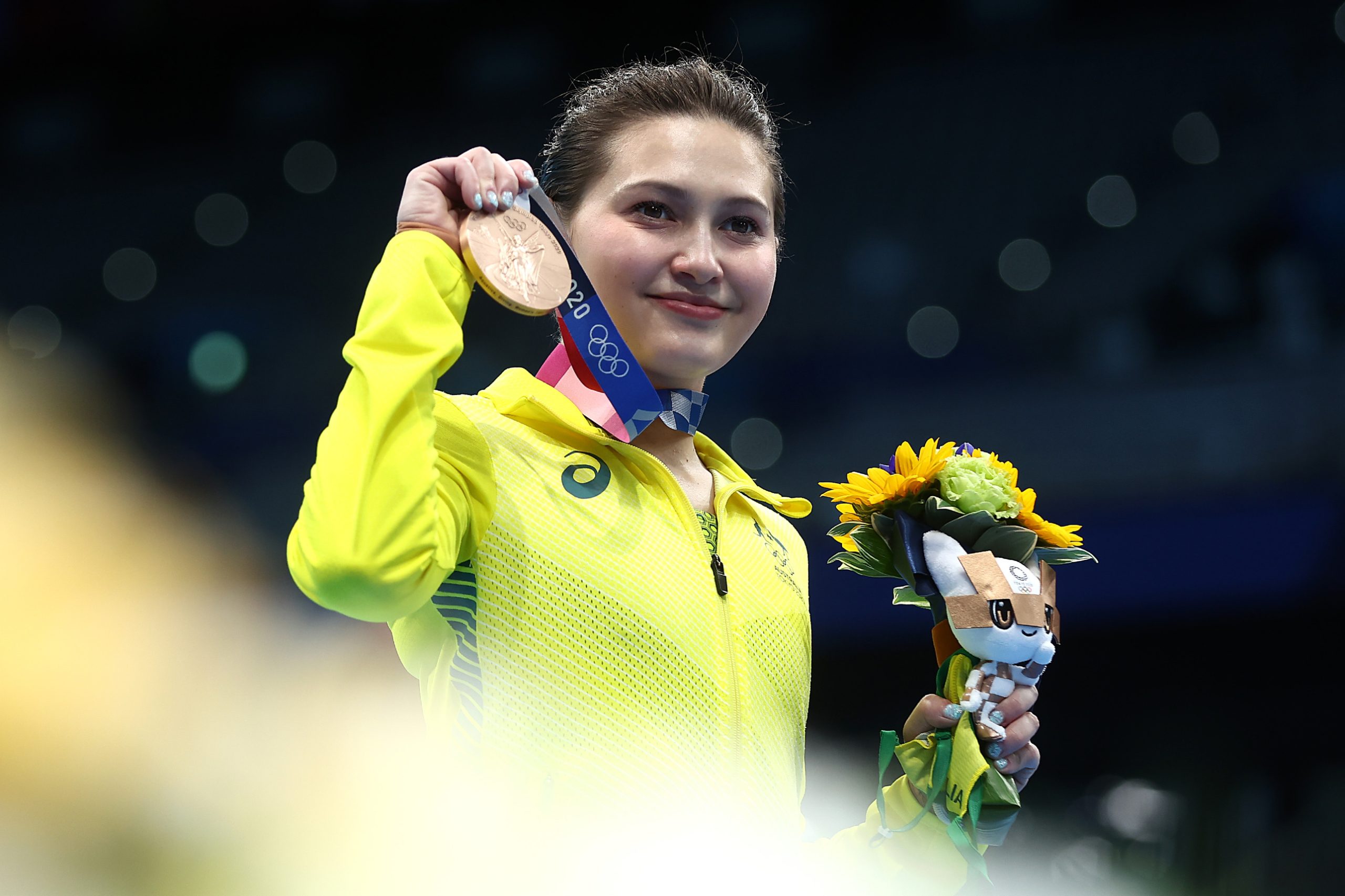 Australian diver Melissa Wu is an Olympic and World Championship medallist. As well as representing Australia at four Olympic Games, Melissa made her fifth Commonwealth Games appearance in Birmingham in 2022. Outside of diving, Melissa co-owns HrdKAW Strength and Weighlifting Club with her brother Josh Wu, launched the Australian Diving Academy and founded of her own activewear label Havok Athletic. Melissa has faced many challenges throughout her life and career but none as tough as losing her younger sister Kirsten. Melissa says “it something that never goes away, you just learn to live it with it, and it’s made me really value the things that are important in my life. I guess I just learnt how to make every day count”. Melissa joins Feel the Magic as a proud and passionate Ambassador. At a Feel the Magic Family Day Camp this year Melissa said “I am here to help kids, share my story and hopefully they take away something from my journey”. 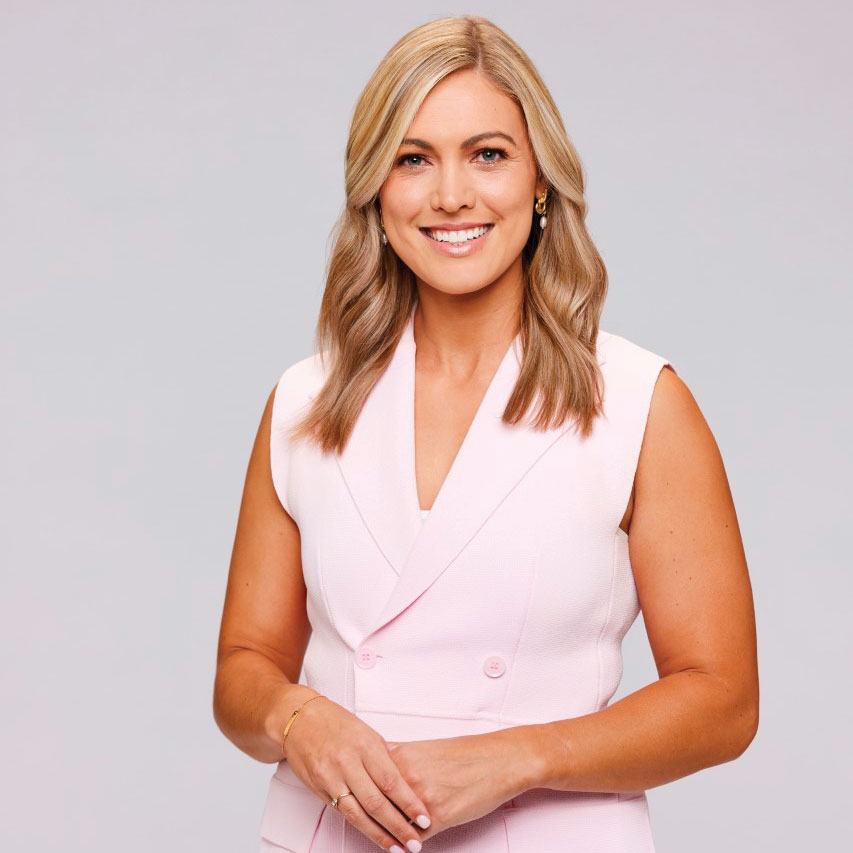 Australian journalist at the Nine Network

Australian journalist at the Nine Network

Lauren grew up in the New South Wales ski fields and began her media career working as a snow reporter for Thredbo Ski Resort. She joined Channel Nine’s ‘Today Show’ as a journalist in 2016, and later moved to the Nine News room where she now reports on current issues, crime and courts. Here is what Lauren had to say about Feel the Magic; “Losing a loved one is impossibly hard. I was 26 when my beautiful mum died from cancer. Although I wasn’t a child at the time, I understand the deep grief you feel when such a big part of your life is suddenly gone. What Feel the Magic is giving grieving kids is immeasurable. To help a child rebuild and feel happiness is a precious gift, and I feel incredibly privileged to be involved with such a generous and caring charity.” 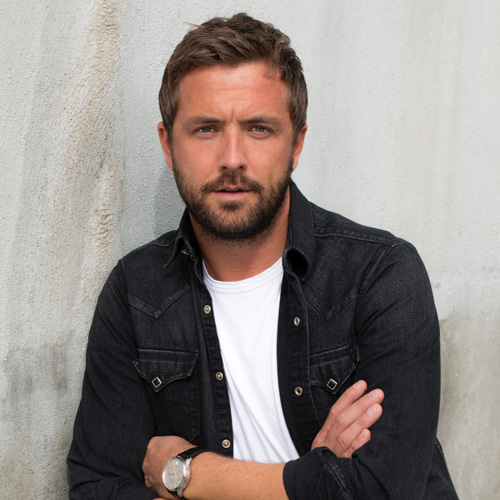 Darren McMullen is a renowned television presenter who has spent nearly two decades working across prime-time networks in Australia, the United Kingdom and the United States. Darren spent the first half of his life in Scotland and immigrated to Australia at age 12. Always having a propensity for acting, he would quite often fake illnesses to avoid school. One class he would never miss, however, was Drama. From a young age, Darren had developed an entrepreneurial spirit. At 14 years old he started door to door selling sweets in his local neighbourhood. He eventually opted to leave school and pursue a full-time career in sales. At just 17 years old he was already earning $1,500.00 a week. Darren joined MTV Australia in the late 2000s and became one of the networks most memorable television hosts. His role gave him access to the most exclusive red-carpet events in the country, where he would interview international stars like 50 Cent, Carmen Electra and Pink. Since his time at MTV, Darren has become most prominently known for hosting the hit Channel 9 singing competition, ‘The Voice Australia’ which was watched by nearly 3 million Aussie homes. In addition to his hosting abilities, Darren has built up his acting resume by starring in two Logie Award winning series’, ‘House Husbands’ and ‘Sea Change’ where he played scene stealing hunk Findlay Knox. 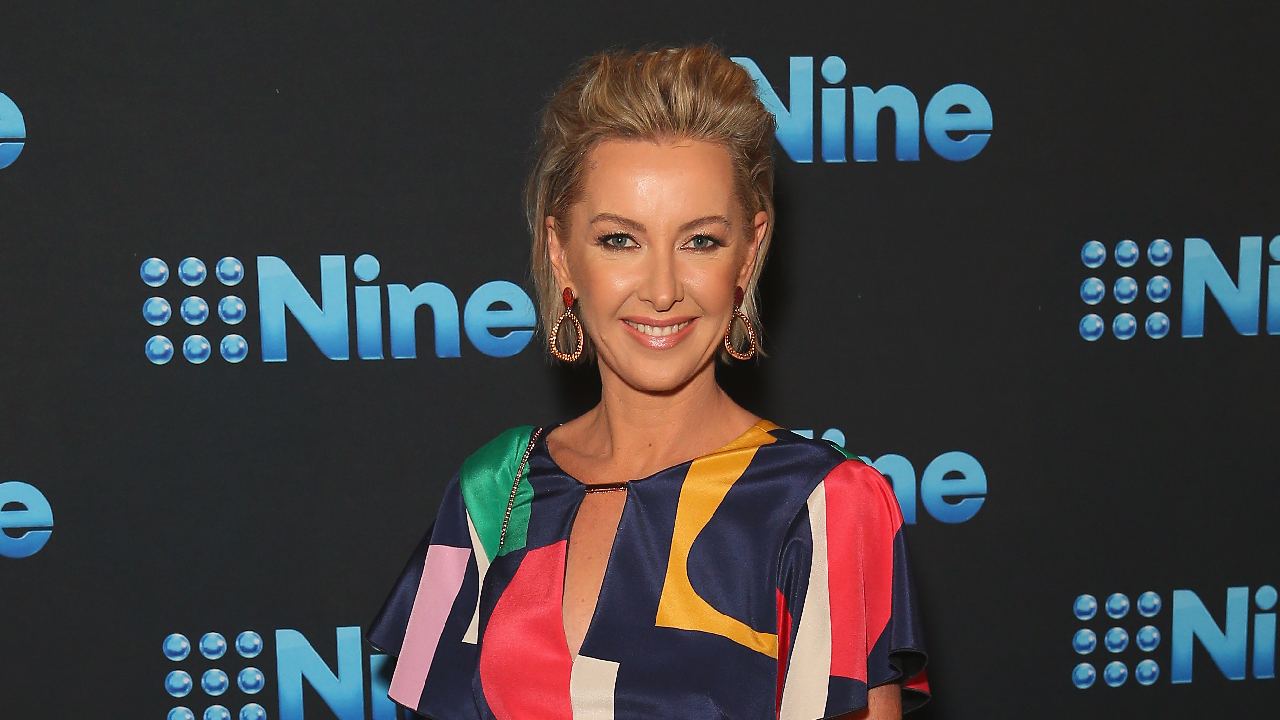 Host of the TODAY Show

Host of the TODAY Show

Deborah Knight is an Australian Journalist and Presenter for the Nine Network, co-hosting the Today Show and presenting Nine News in Sydney on Friday and Saturday nights. She is also a regular presenter on radio and contributes to 2GB Sydney and 4BC Brisbane. Deborah has experienced the loss of a family member and knows the impact it can have not just on an individual but on an entire family. Here’s what Deborah had to say about Feel the Magic, “When a child loses a family member they can be effected for the rest of their lives. My father died when I was just 1 year old, and while I never knew him, his loss is still felt very keenly by me and our entire family. Helping children to feel happiness and realise that they are not alone is invaluable, and James and Kirsty and brightening so many young lives. I’m so honoured to be involved in supporting Feel the Magic and sharing the work they do with others.” 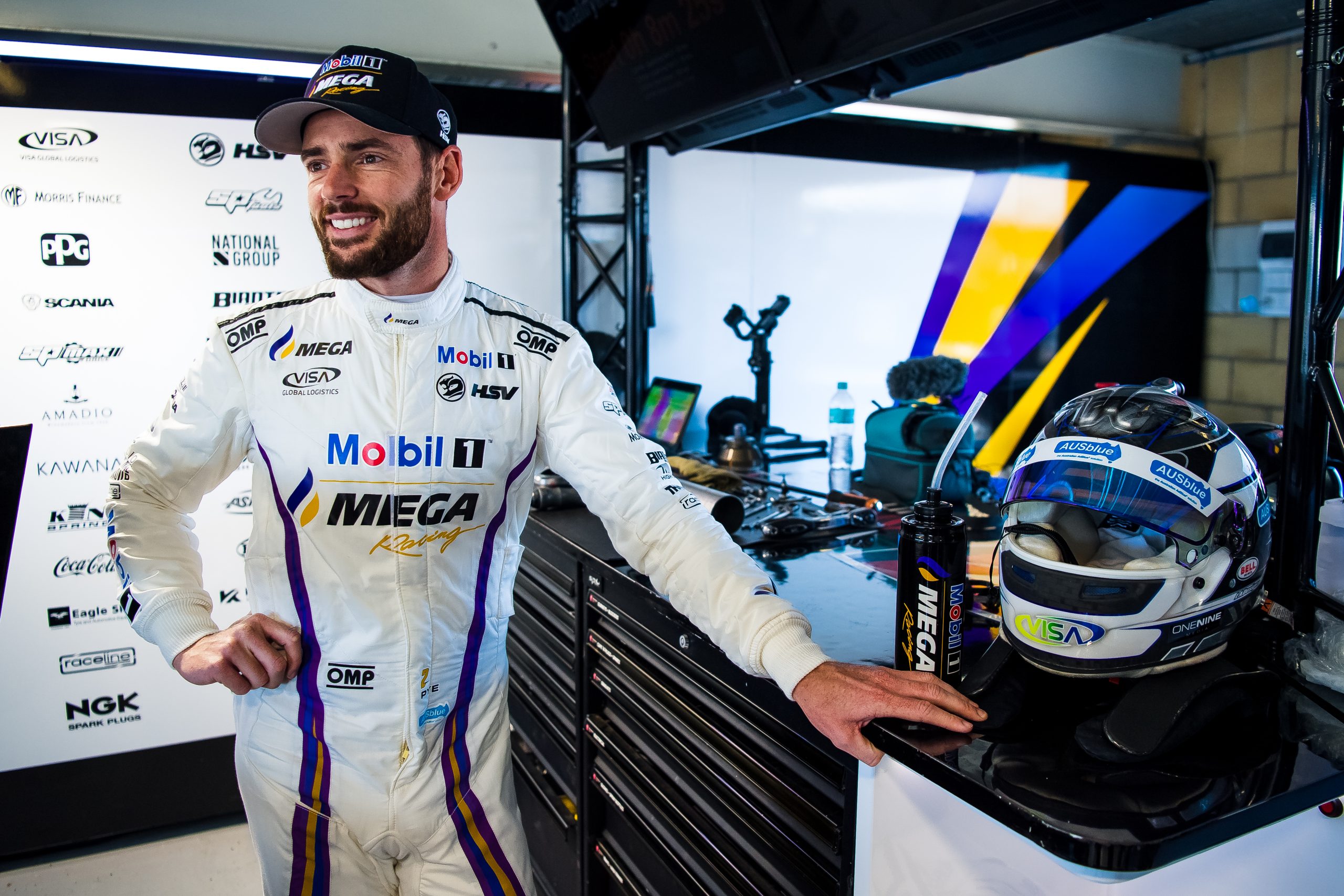 Scott Pye is an Australian professional racing driver for Walkinshaw Andretti United in the Virgin Supercars championship. Scott grew up racing go-Karts and travelling the country with his Father. At age 19, Scott's father passed away from lung cancer after an 18-month battle. At the time, Scott was racing in Formula Ford in Australia and he and his Dad's goal was to reach Formula One. When Scott's father passed away, he found himself in a difficult spot in his career, no money and unsure of what was next without the guidance of his Dad. That year he decided he would leave Australia and move to England to pursue his dream of racing Formula One. With no budget or contacts at the time, he spent the remainder of that year doing everything possible to get a budget together. In October, just 8 months after his Dad passed away, he moved to England to pursue his dream. During his time in Europe, he won the British Formula Ford Championship in his first attempt, signed a factory deal with Mercedes Benz and won in British f3 before a lack of funding landed him back in Australia where he has since pursued a career as a professional racing driver in the Supercars Championship. He has now become a race winner and has twice finished runner up in the Bathurst 1000. He now enters his seventh year as a professional racing driver. 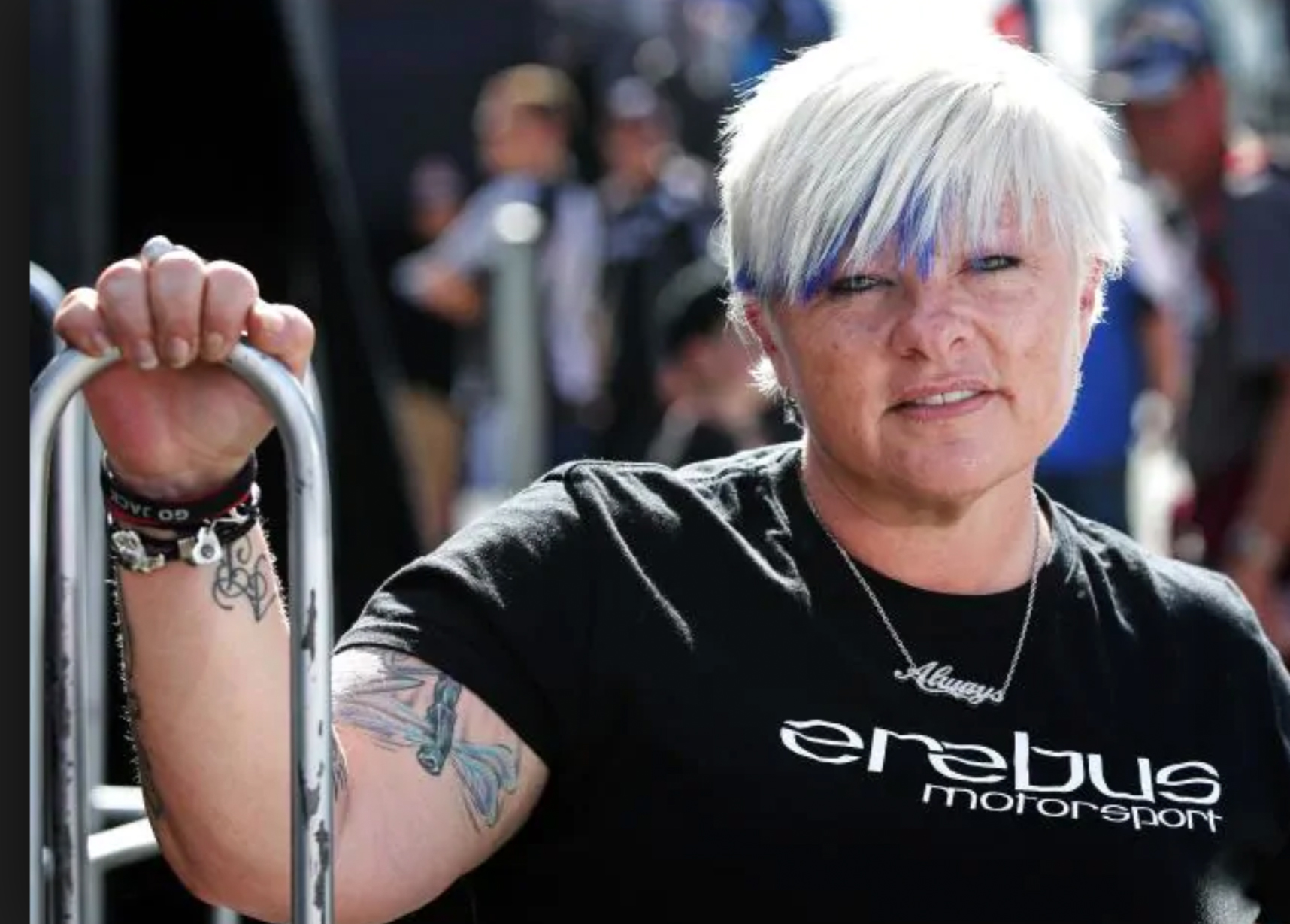 Betty Klimenko is the first woman ever to own a Supercars team and is shaking up the sport dominated by males. In 2017 in front of 50,000 spectators at Mount Panorama and a television audience of 2.7 million, Betty's team Erebus flashed first across the finish line of the nations most famous car race, the Bathurst 1000. Here is what Betty had to say about our cause. "It's a privilege and an honour to be an ambassador for Feel the Magic. What these children go through is close to my heart as I lost my mother when I was 10 years old and know first-hand the feeling of loneliness and abandonment that can fill your mind and soul. It's wonderful to know that through Feel the Magic these kids will have an outlet and a way of dealing with their grief when a loved one passes on. Grief and loss changes lives forever, having an organisation that understand and help bring balance and a smile to faces that have only known tears is truly amazing". 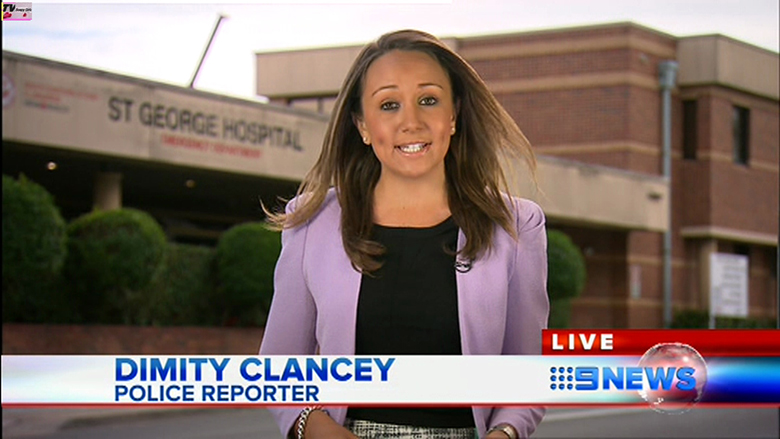 Dimity Clancey is an Australian news journalist working with the Channel Nine news network. Dimity regularly reports on current issues on a national and international scale. Dimity and her family know first hand how hard it is to grieve the sudden loss of a family member and understands that putting a smile on a grieving child’s face is something very important. Here is what Dimity had to say about our cause "When a child is grieving, teaching them to smile again is the greatest gift anyone could give them. James and Kristy have discovered a magical way to brighten young lives, when their world has shattered around them. As a teenager who was touched by tragedy, I can truly appreciate the importance of Feel the Magic to a vulnerable family. I am so proud to support this beautiful organisation and all it represents."