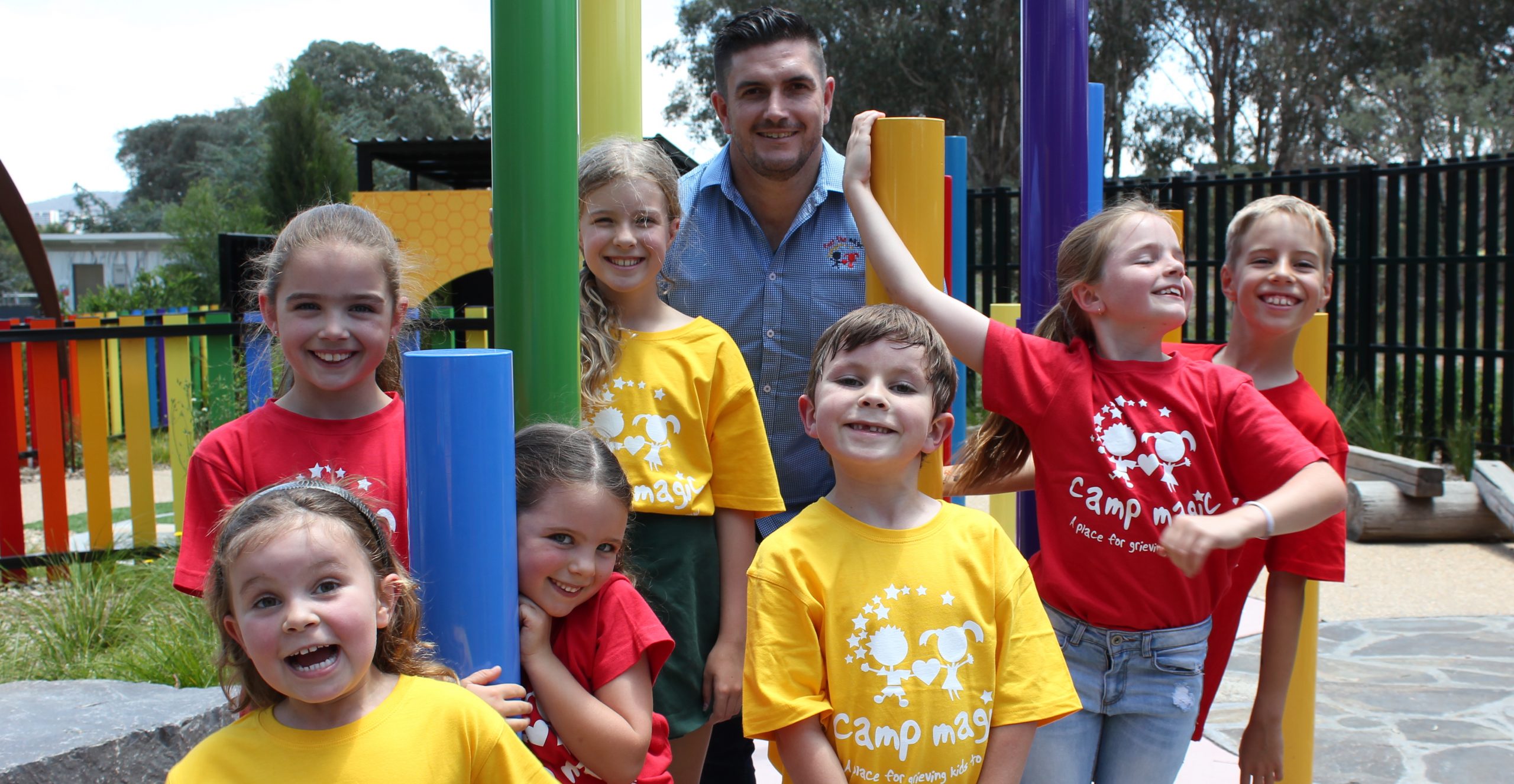 Christmas can be a difficult time for children grieving the loss of a parent or sibling and the announcement today of a new camp in Canberra to help those children will put a smile on the faces of many.

We will hold our first ever Camp Magic® program in Canberra on 5 – 7 April, 2019, with plans to hold many more.

Feel the Magic® Founder and Managing Director, James Thomas said the community support has already been fantastic and he’s looking forward to that only growing over the coming months.

“We know that one in twenty Australian children have experienced the loss of a parent or sibling, and that loss is much more difficult to deal with around Christmas time,” said Mr Thomas.

“We also know from experience that our camps are magic and that there has been a huge demand for our program over the last five years, which is why we’re thrilled to announce the Canberra Camp Magic® to be held at Birrigai next April.”

Camp Magic® is Australia’s largest and leading grief education and support program for bereaved children and teenagers between the ages of 7-17.

Since its inception in 2015, a number of volunteers have helped make Feel the Magic® the success it’s become, and Founder and Program Co-ordinator Kristy Thomas says the Canberra Camp will need to find volunteers as well.

“Much of the success we’ve had to date is because of our extraordinary volunteers, local businesses and organisations who support us by way of donations and general support and we can’t wait to work with the people of Canberra and Southern NSW to create a Feel the Magic® Community,” said Ms Thomas.

“We are excited to meet our new families, campers, mentors and other volunteers come April next year, and we look forward to this being the first of many camps held the Canberra region.”

The Canberra Camp Magic® from 5-7 April, 2019, is currently recruiting for: