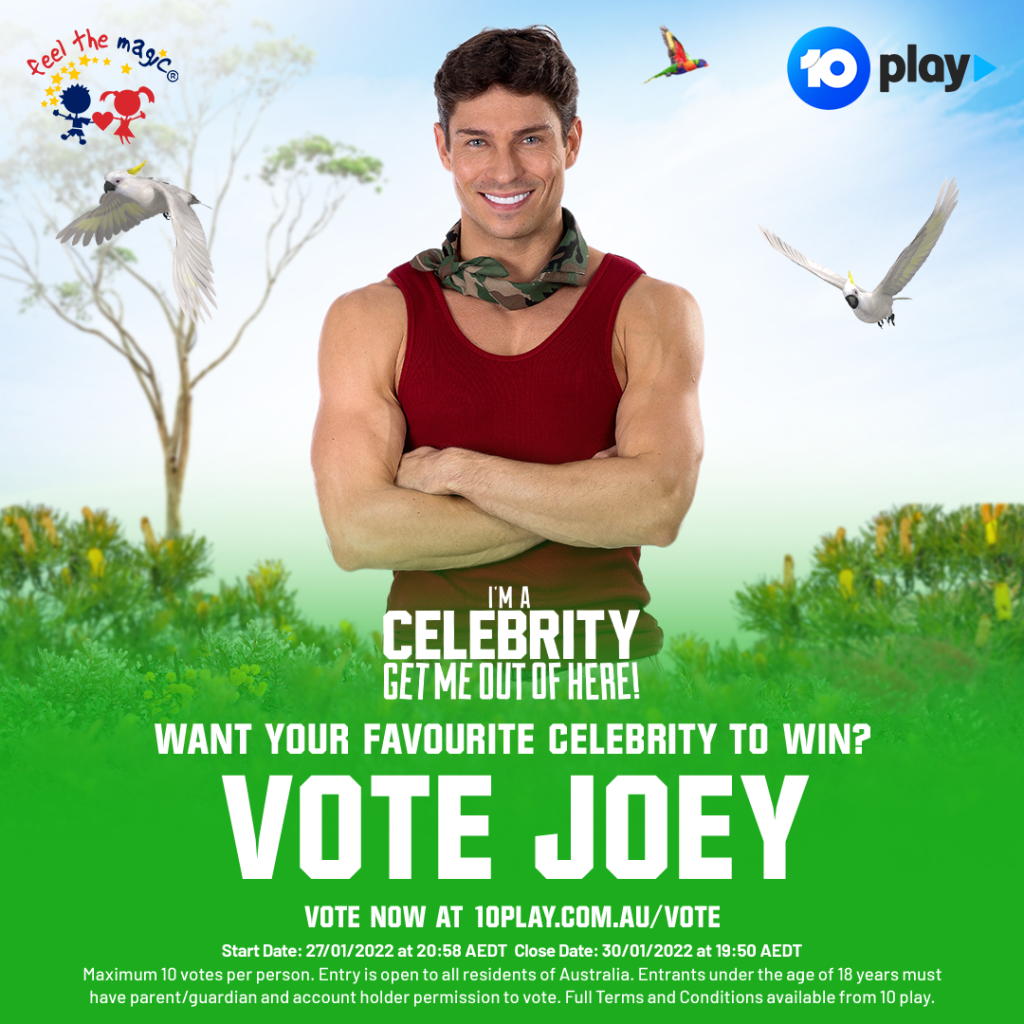 Joey Essex is an English television personality that is currently featuring in Channel Ten’s I’m a Celebrity, Get Me Out of Here. He has progressed to the finale which is being aired on Channel Ten this Sunday night!

Why Joey selected Feel the Magic?

When Joey was 10-years-old his mother died by suicide. Unable to comprehend such a great loss when he was so young, Joey attempted to push down his grief and grew up to be one of the UK’s biggest reality stars.

Joey’s lived experience of childhood bereavement resonates significantly with why Feel the Magic exists. Joey shared his story recently on I’m A Celebrity and also in a BBC document Joey Essex: Grief & Me which was on Channel Ten. Joey shared his difficult past and his attempts to confront the grief that he had buried for two decades and how seeking help AND talking about his grief, how much it changed his life.

Joey is now a chance at $100,000 for Feel the Magic if he wins! If you can help just by jumping on the 10Play link below and voting for Joey, he may just help fund more camps and resources in 2022!