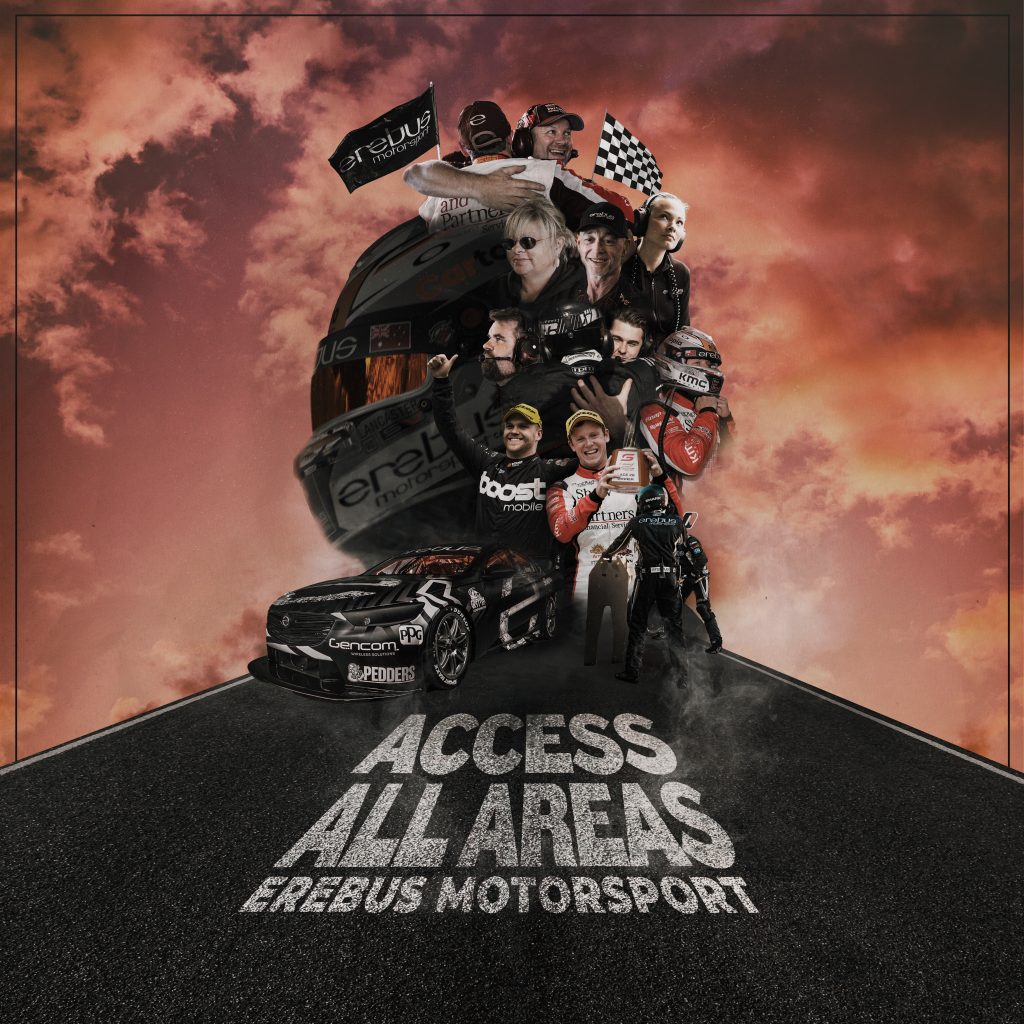 AN EIGHT-PART documentary series following one of Supercars’ most popular teams, Erebus Motorsport, will debut on Wednesday 2 March on Fox Sports.

Access All Areas: Erebus Motorsport was filmed across a remarkable two-year period covering the 2020 and 2021 Supercars Championship seasons and goes places no behind-the-scenes documentary has gone before.

Access All Areas commences with cameras embedded within the team in the thick of the contest at the 2020 Adelaide 500, as Erebus pushes to join Supercars’ elite as regular winners.

With unfiltered access to drivers’ David Reynolds and Anton De Pasquale both at and away from the circuit, the documentary then charts the unprecedented 2020 season as the team negotiated the Covid-19 Pandemic and the border closures throughout the year.

As if that wasn’t enough, cameras were there when the team underwent significant change prior to the 2021 season: Reynolds and De Pasquale departing the team to be replaced by an all-rookie squad comprised of young-guns Will Brown and Brodie Kostecki.